For this new Quick Fire feature we decided to give Sydney local Chris Whyte the opportunity to answer some quick questions. 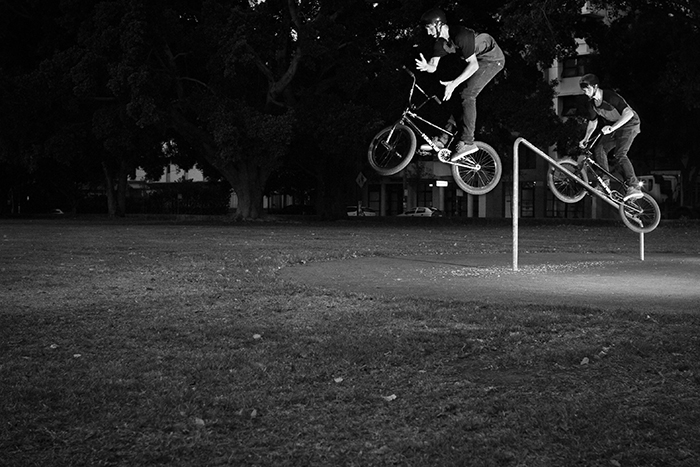 Wake up around 9, eat breakfast and do all the usual morning things,
I’m at work by 10 (I work in my parent’s business as a lab assistant) and I usually knock off at 4­5ish.
After that if there is enough light I’ll either go for a roll or take my dog for a walk

Wake up around 9 or 10, make a few calls to see who’s riding and decide what spots we want to ride.
After a coffee stop I’ll usually meet up with a few dudes at Waterloo for a warm up and drive spot to spot from there.

Aside from the usual stuff like grips and pedals probably the frame.

Anything you would do­over if you could?

I try not to dwell on things I know I can’t change. 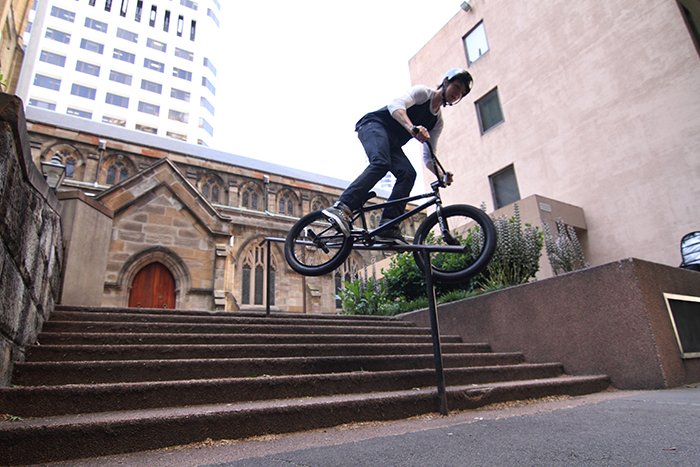 93 Subaru Liberty, nothing special but it gets me from point A­B.

2012, I had an interview and a few of photo’s in one of the digital issues of FP,
my favourite is definitely the down whip on the Opera House bank.
Shout out to Lachlan Hicks for shooting the photos.

Hopefully soonish, I had been filming a lot before I broke my foot and there are a few ticks that
I’m really psyched on.
Fingers crossed there are enough clips to put something together!

One of the early Props videos, I’m not sure which one it was but Fuel TV used to play random episodes of Props every Friday night.

Winter without a doubt, I love the feeling of riding in a jacket.

Luc-e 180’s on rails are always a good time and now that
I’m running a coaster any trick that involves rolling backwards.

A good spot or park you’ve hit up lately…

The Northern Beaches white flat rail spot is too perfect.

Its not that exciting but I saw one of my old teachers from high school on rollerblades at my local park,
outside of school he was actually a pretty cool guy.