I’ve always been a fan of Back Bone, not just as a shop but as a collective so when it was announced that they were working on a full-length video, I was stoked. A crew consisting of riders who are not only some of the best at what they do, but passionate about BMX and the project collaborating and working towards a common goal was always going to kick ass.

For me, it became an instant classic. Some of my favourite riders going in mixed with an All-Australian soundtrack definitely hit the mark. 12 months on, I still chuck it on once a week and it always stokes the fire as high as ever. Now that the smoke has cleared, we decided to catch up with one of the dudes behind; Brendan Boeck it all for a little bit of insight into the composition of one of the greatest Australian BMX videos in a long time.

How long did you guys film for this project?

I’d say we were filming for 3 years.

It was pretty evident that everyone went in on this one but was there anyone in particular whose section came out well above expectations before the start of filming?

Not one, all. I believe that working hard toward a common goal is what makes a video special. You think you have an outcome in mind, then the deadline creeps closer and closer. What you want becomes clear and that’s what makes you work hard for it. Dudes went all out working hard for their clips by building trails, hustling the streets & travelling long distances to make it video reality.

Are you going to post the sections online at all?

At this stage there is no plan to post them up on the net. We put our energy into making a hard copy video for people to enjoy and have ready in their beloved BMX library, to pull out whenever you need to get stoked!

What camera gear was used for this project?

The main camera was the shops Panasonic HPX170 supplemented with Canon DSLRs. Couple of the U.S trail trips there was another rad video camera that Rhys bought for dudes to get clips with, but I can’t remember the make/model. Thanks to all the dudes overseas who may have captured trails clips for the vid! 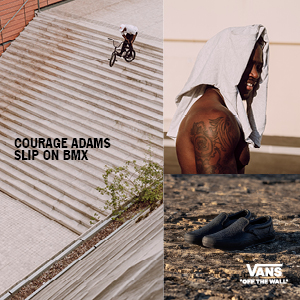 Hardest clip to film for the DVD?

Lots of clips were hard to film for different reasons. Aside from the usual getting kicked out of spots, or coming back to a spot because it didn’t quite work out for the rider the times before, I’d say the trail clips were the hardest to get.

So many trail riders with so many world class spots is what I feel really makes the video stand alone from many others, and dudes worked for it! Digging for years to get their spot the way they want it (which is never over) and to then plan to film and potentially not get any clips because the wind picks up, may not be feeling it that day because all the rider has done was dig for a month straight, which was the case many a time. But when the stars align, it’s all worth it!

Scariest clip you filmed for the DVD?

Scariest clip…. Zac Miner’s massive gap at the High Court. I tried my hardest to do that justice, but still feel you have to go there and see it in person to understand how gnarly it really is! Oh, and we got kicked out before Zac even had one chance for a run up. The security guard let Zac have ‘one go’, and what you see as his ender was exactly that.

Any random or funny stories from the missions?

A lot of good times working in the video with everyone involved. The credits would hopefully show that. Zac Miner up amongst it, shot by Nick Gascoine

Which trip was your favourite?

Everyone of them! Get in the car have a good time with mates, can’t go wrong!

The DVD was really well received and the premiere at ACT Jam 2015 was epic, any chance a follow-up DVD is in the works?

Thank you to all that made it RAD! A follow up? Only time will tell..

I know I was pumped on the vibe at the Prem & ACTJAM 2015 but to be honest, it was a big lead up to that moment. Myself and all the Back Bone team worked hard to make sure, that not only ACTJAM went off without a hitch, but also the viewing of The Back Bone Video did aswell.

Do you feel the Backbone DVD kind of made the ACT scene and crew a bit stronger for those 3 years or is that just how you guys are down there?

What makes the ACT scene strong are the riders here. Yes we have a great store that is ‘The’ Back Bone of the BMX community here in the capital, but we are all dudes that just love BMX and have done for years (& years). I feel the crew wanted to showcase how strong AUS BMX is, to the world, by making one hell of a badass balls to wall video you can watch time and time again to get stoked to pick up your bike go shred! 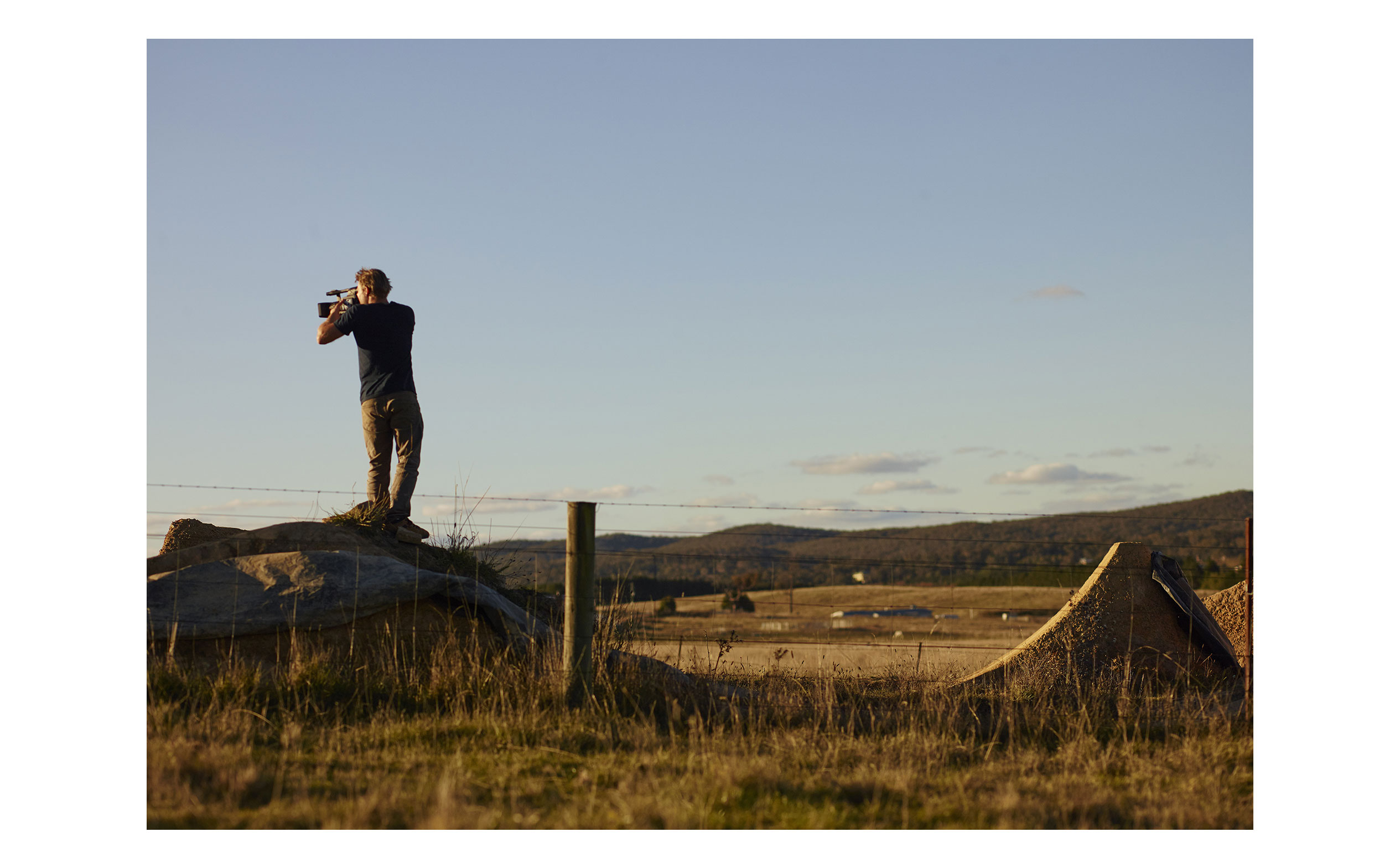 B-Dog capturing the goods during a session at Raine's. Shot by Nick Gascoine.

If you had your time again, is there anything you’d do differently?

Not really. I just tried to capture what was happening around me the best I knew how. I’ve grown from my experiences whilst filming the video, but wouldn’t be who I am today without learning from them.

Would you do it again?

That thought consumes me! I’ll leave it at that…

Is there anyone who didn’t have a section that you wish could have?

Lots of people ‘could’ of have full sections. Some people may ask themselves why this or that person didn’t, but the people that did have a section worked bloody hard for it and that’s why they were in the video. I thank each and every person that worked with me on their sections to make the video what it is!

Thanks to anyone who has The Back Bone Video and enjoys it. Massive thanks to all the dudes that worked on their sections with me and had faith that I could make a video with what we captured. It wouldn’t have been possible without Back Bone BMX and all the additional filmers too. 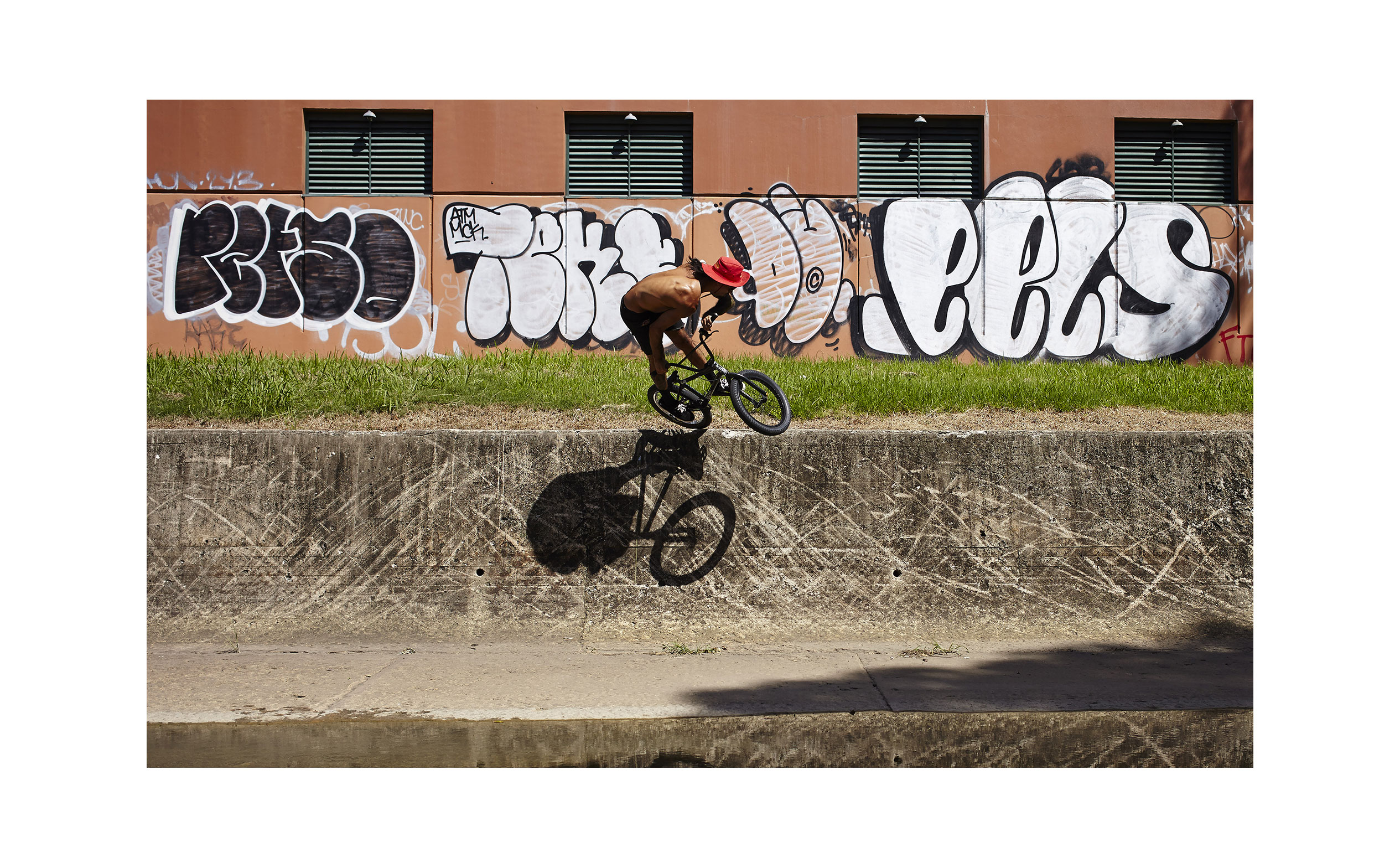 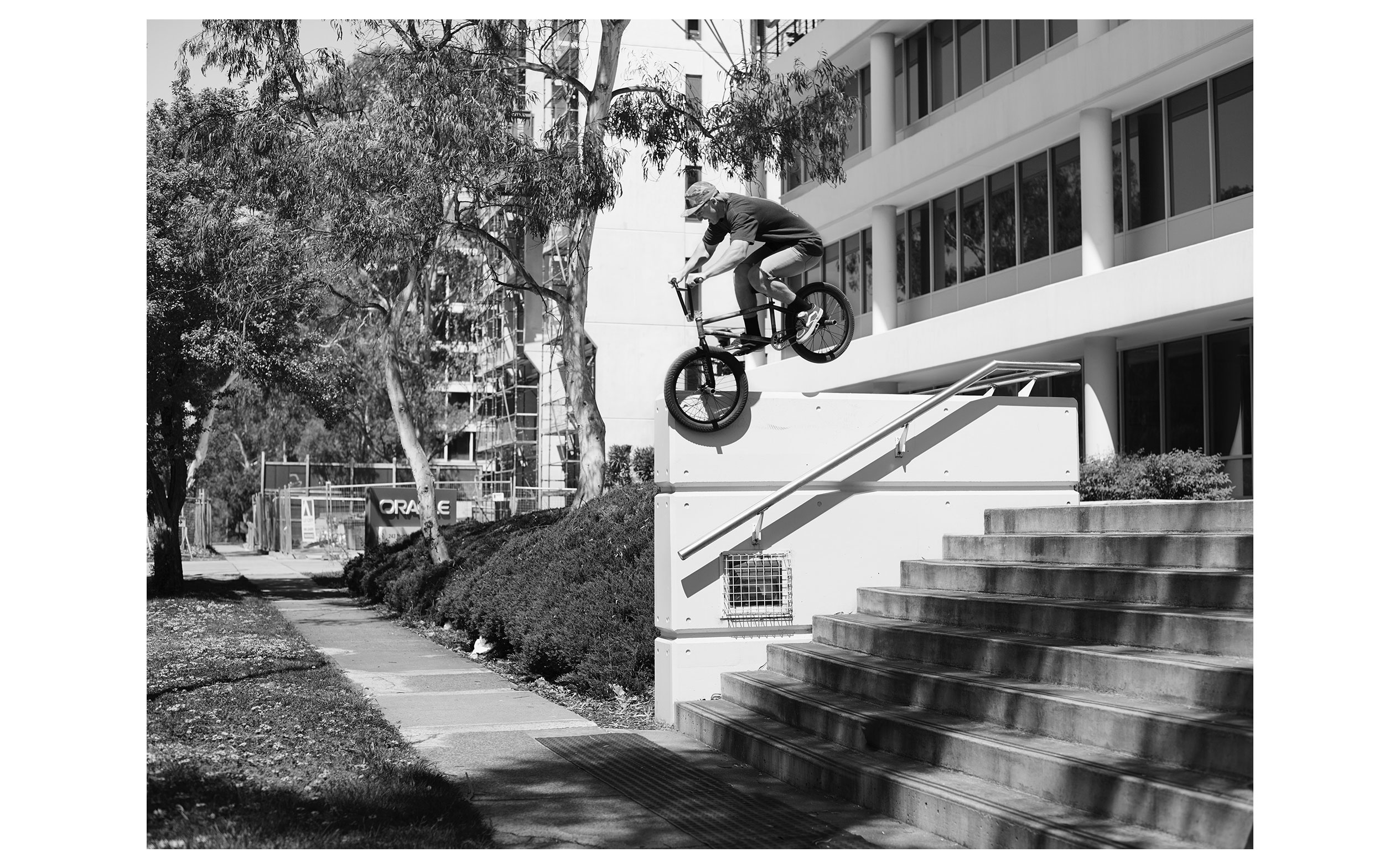 Jack O'Reilly eyed this one up for a couple years, shot by Nick Gascoine The creator himself, shot by Nick Gascoine. 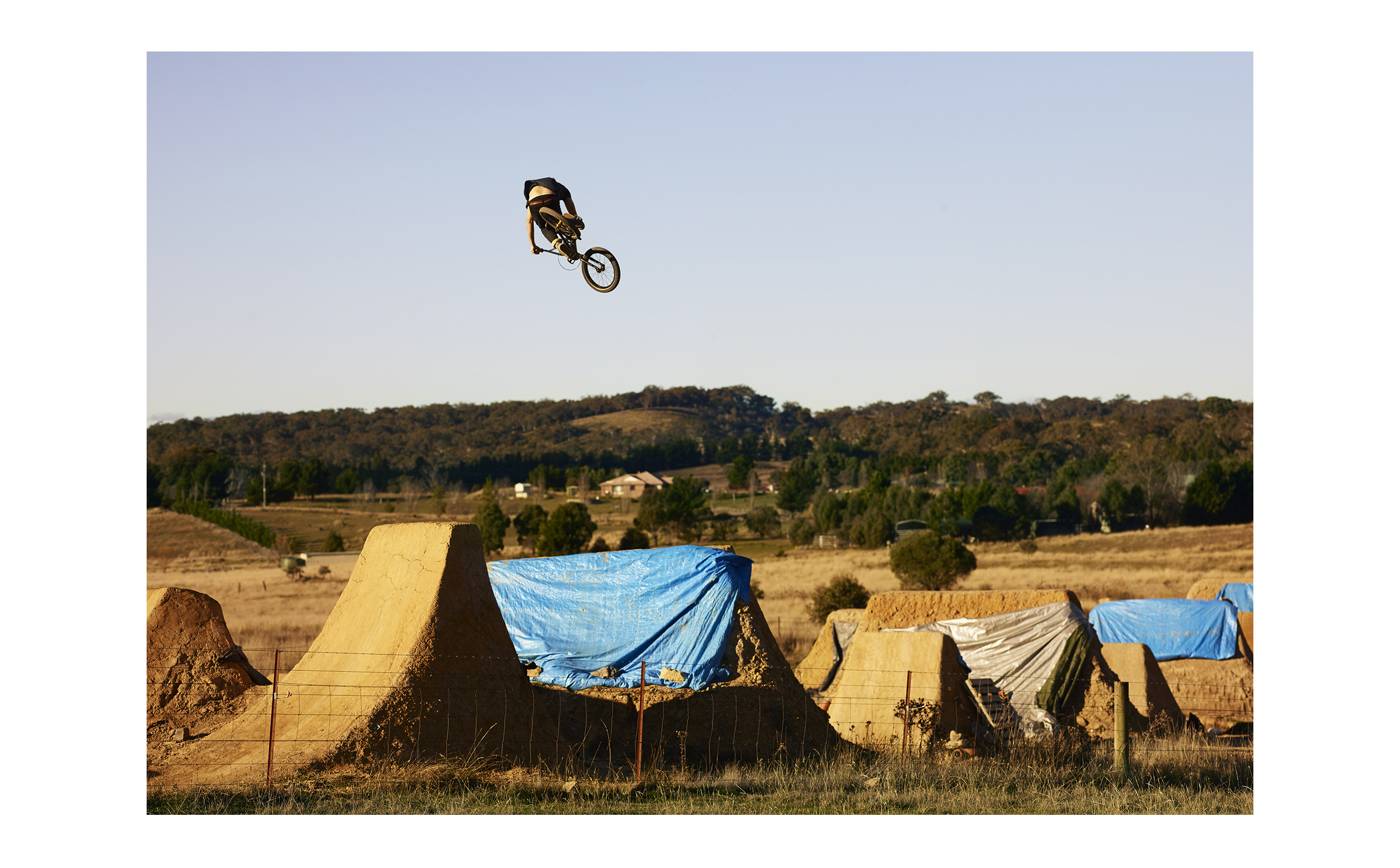 Rhysty at the Boneyard, shot by Brendan Boeck. 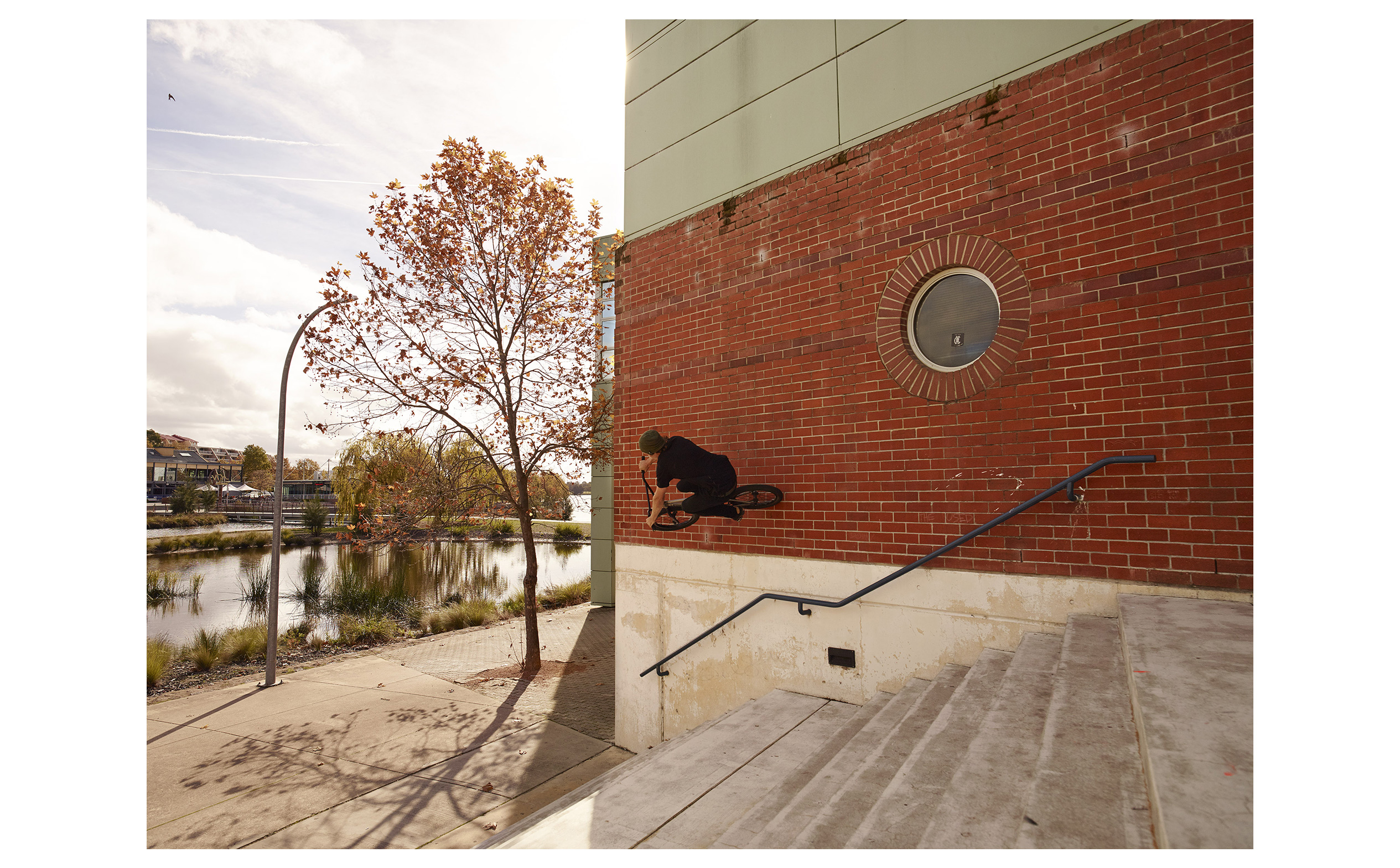 High speed and Will Gunn go hand in hand. Shot by Nick Gascoine.

You can watch the trailer for the DVD below and still pick up a copy right here.