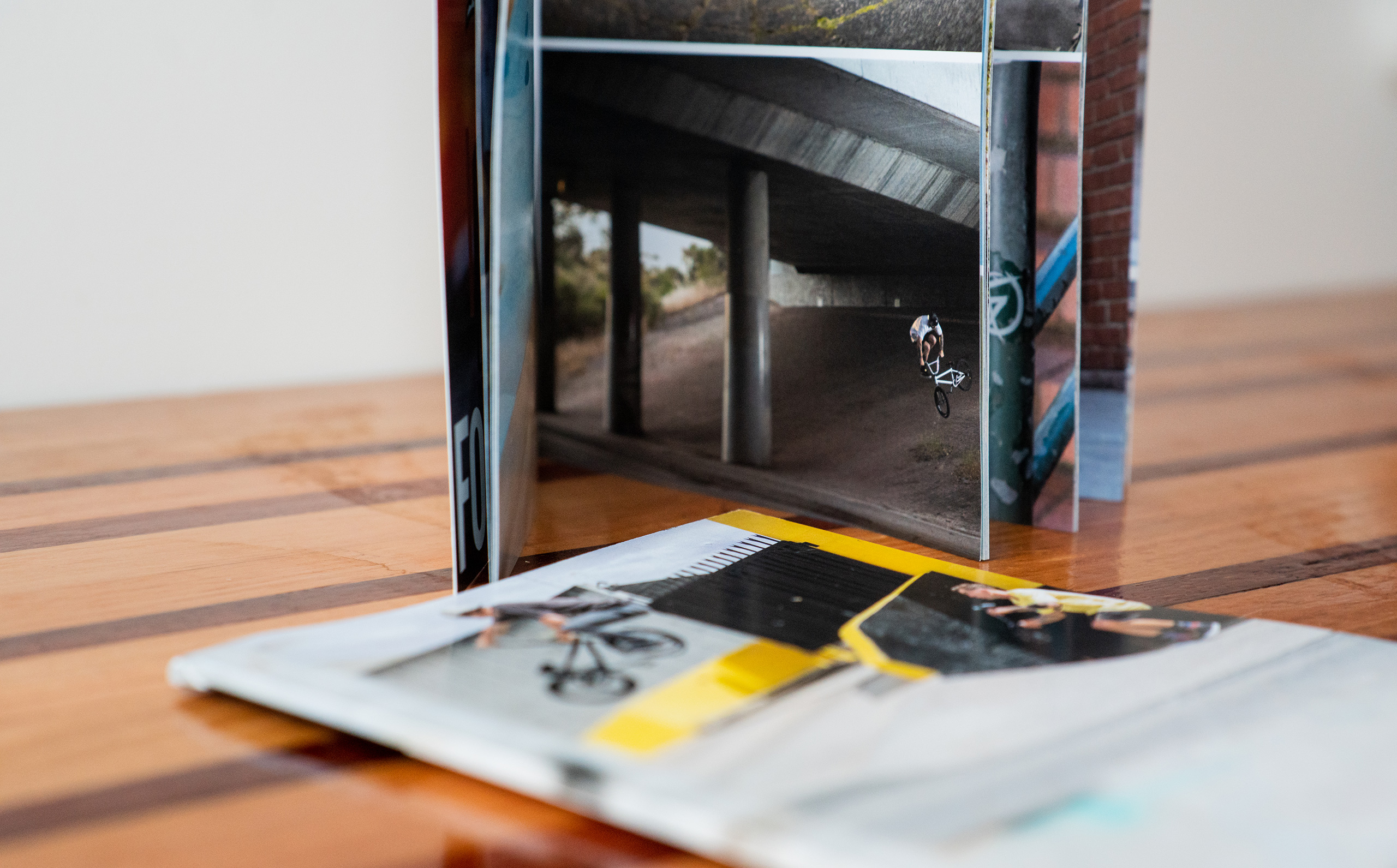 I guess the main question would be why? Why spend the money on printed material when people live on their phones so much these days?
The millennial question, haha. I think I was lucky enough to experience magazines during my mid teens, before the uprise of social media and remember the joy I’d feel getting a new issue just to see what was happening around Australia and the world. I wanted to contribute to that corner of BMX. I want kids to have the chance to pick up something local and get stoked seeing a spot they have ridden before or driven past, be able to actually look at it in depth instead of scrolling past it. Ideally if I can help get kids stoked on both riding and shooting the next generation in Perth will hopefully continue in the current dudes footsteps.

Other than that there is nothing better for me than seeing a spot, picturing a way to shoot it and then bringing it all together. Putting 60+ photos in one place was the equivalent of a DVD in my eyes. I like filming people but capturing a split second is better.

How long was the process from starting shooting for it up until having the finished product in your hands?
I decided to start in 2017 when I had just turned 25. I was sitting on a few cool photos and thought why not create something memorable with them. Initially I was only going to shoot for 6 months but full time work, uni study and house renovations stretched that out to 2 years and here we are in 2019. Haha. 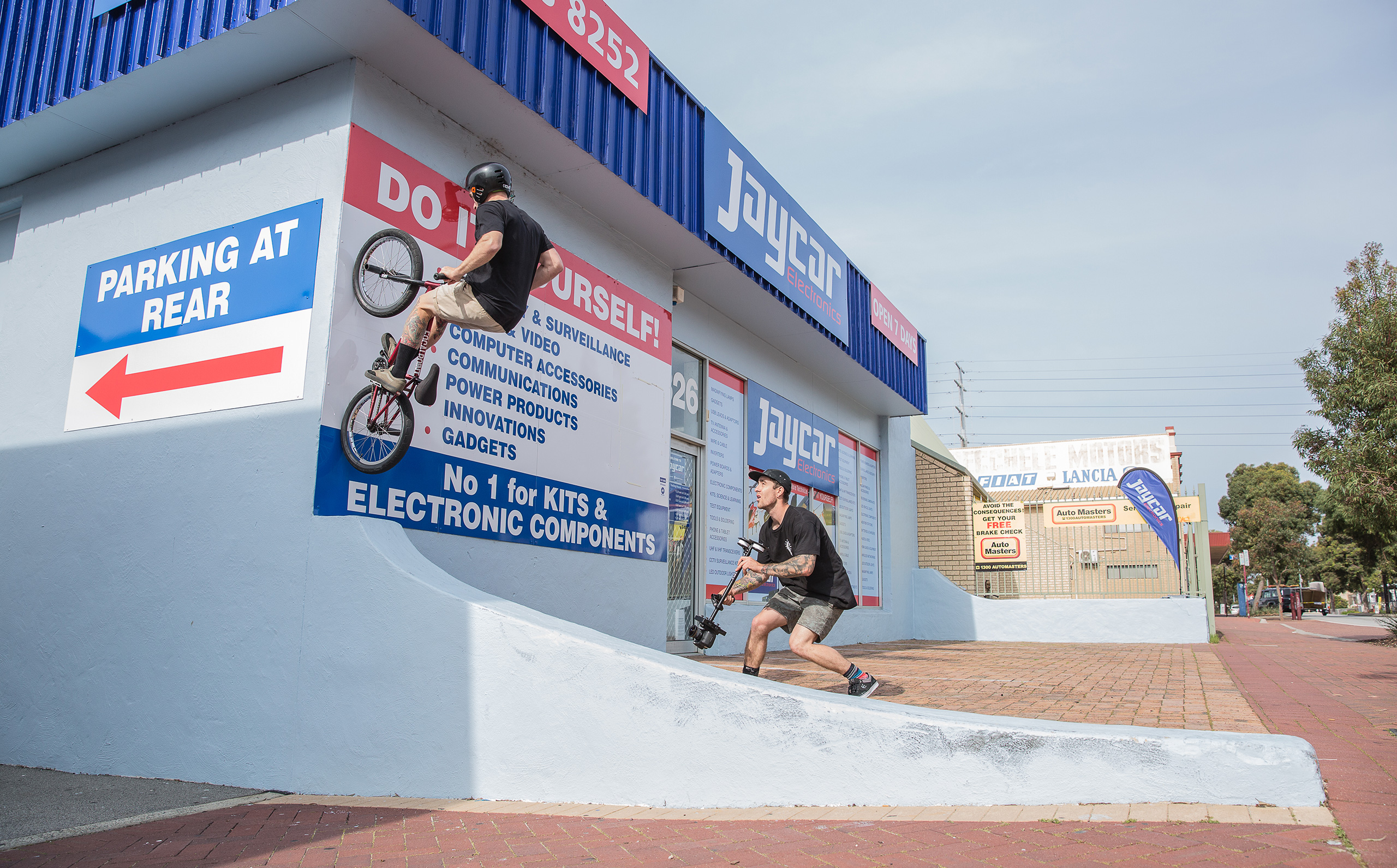 "I had conversations with some of the boys that ended up with us bargaining. I ended up giving them one photo just to keep another for the book."

How hard was it for you to sit on photos for (in this day and age) quite a while? I know have trouble holding onto images I shoot.
Oh dude. So hard. I had conversations with some of the boys that ended up with us bargaining. I ended up giving them one photo just to keep another for the book. Haha. The other thing is I had no idea how long I needed to shoot 50 pages of content, so giving people a release date was almost impossible.

Is there a particular image within the mag that stands out for you? Like seeing it in print makes it all worth it?
Probably Bryce’s downwhip under the freeway. That was such a pest to shoot. Bryce had the spot in mind but working out both of our work schedules, timing it for golden hour and Bryce rolling his ankles I think it took as about 3 months to make it actually happen. Otherwise timing the traffic was easy with the lights and the way its side lit and full of grey tones makes the freshly painted white frame really pop.

The other picture would be of Ross at Scarborough doing the table in the deep end with the sun behind him. We organised to meet up that day and the picture was a complete fluke, I dropped my flash down to talk with my wife and just hit the shutter last minute when I saw Ross approaching without considering any of the settings or where the sun was. Its one of those shots you look back at and appreciate photography for its simplicity. I think it can be way overthought at times. The simple things are best! 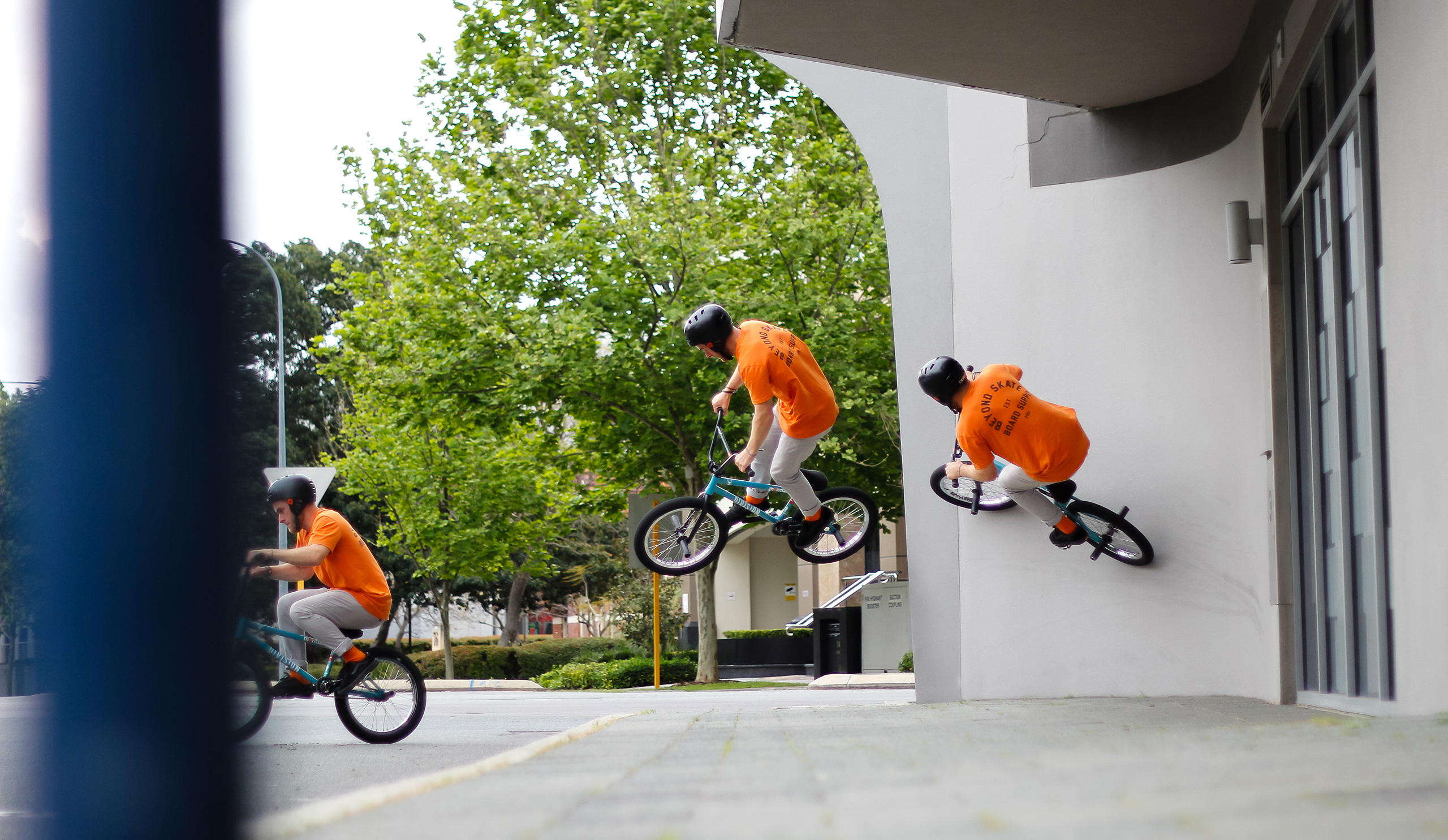 "I love shooting street stuff the most just because you can put your own angle on it to try and reinvent the spot a bit."

I love the idea of dropping a video to go with the book, was this an intentional plan from the start?

Not really.. The plan for the book has changed so many times. Haha. Originally I was only planning to shoot for 6 months. That blew out to 2 years easily and during the process I managed to film a bunch of stuff during photo sessions. Figured I may as well show I can ride a bit too. Haha.

Have you always been on this side of the lens throughout your BMX career or was this something that came later in life and if so, how come?

I started off riding in country Queensland because it was all I had to do as a kid. I first moved to Perth and met other people that rode in 2005. I went to a BMX club with a friend but preferred digging my own holes to jump over. In 2010 After turning 18 I wanted a super light bike, gyro, the works. Haha. I transitioned across to more street stuff after seeing the CPL guys ride Carine skatepark. They’d get so loose and use the plaza side of the park which I’d never seen. I put pegs on straight away and never really looked back. I used to play heaps of cricket and ride as often as possible when I was a bit younger which really didn’t mix well. I dislocated my right ankle while riding 3 days before a cricket grand final in 2013 and gave up cricket that week. I bought a 500d shortly after when I was about 21, shot a couple of cool photos and with that a realised I can still be heavily involved with bmx without actually riding all the time. Several cameras later I’m onto a 5d3 and about a 20kilos of other gear. Haha. I still love riding but definitely am a risk vs reward rider. If I look at something and feel comfortable and it makes sense in my head I’ll give it a go. Otherwise I’m more than happy to watch other people send it.

You’ve definitely shot a solid array of riders, spots, tricks and even some trail shots – do you have a preferred style of riding to shoot?

I will take a photo of anything. If the rider knows what they want to do and hits me up to come shoot something it is always better. I love shooting street stuff the most just because you can put your own angle on it to try and reinvent the spot a bit. Shooting trails and bowls is a bit more of a challenge for me because in most cases you only have a few angles to choose from. 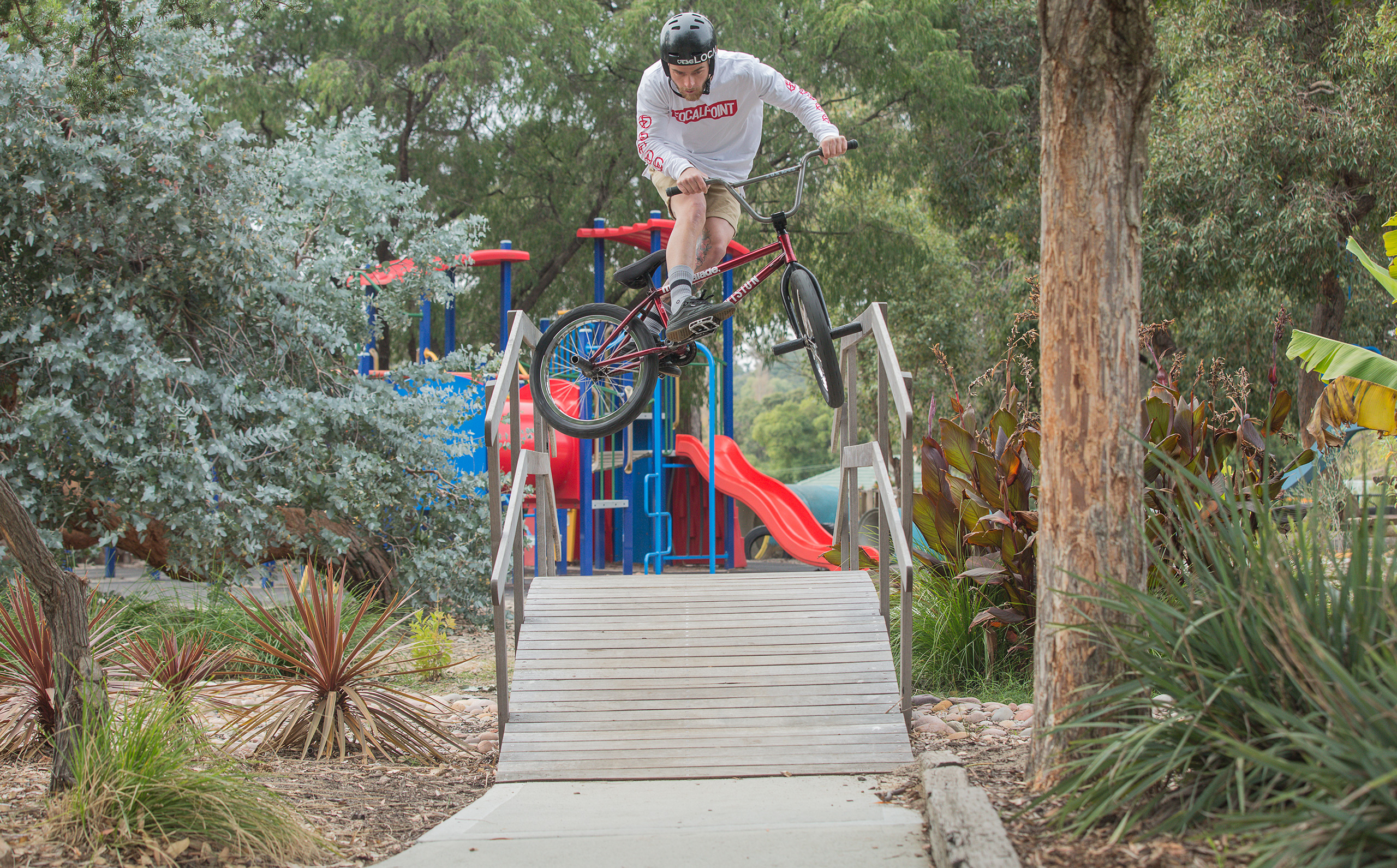 "Pretty much every photo in the book of him was one and done."

Whose riding had you most nervous when you were sitting behind the lens waiting to make the shot? I feel like Callan’s riding could do that to you or is he just that dialed?

We all joke that Callan is a robot. He can ride whatever he wants, switches his feet, does everything oppo. He can skate well too, just one of those naturally talented people. I go riding with him and just sit back and laugh. It’s really all you can do. Pretty much every photo in the book of him was one and done. It’s nerve racking to shoot but you just have to back yourself. The over pegs off the roof was so messed up, genuinely though my heart was about to explode out of my chest, so you can imagine how he felt. Probably the only time I’ve watched him ride and thought this is bordering on a 50/50 outcome of a serious injury. The manual bar around the curved red ledge took him 3 tries I think. Hahaha.

Otherwise shooting other guys that take photos can be hard especially if they have one idea for a photo and you have another. There is an extra level of gratitude that from those guys though because they understand how much of a rush it can be to make a spot look how it should. Same goes for me, having someone else shoot a photo of me is always nice because you sometimes end up just being that guys that takes photos and never get anything of yourself.

Which BMX or other photographers do you gain your inspiration from, both locally and overseas?

I follow a bunch of guys these days but I think the photos that I saw in Dig and 2020 are what really made me want to take photos I was stoked on. Australian based dudes that influenced me when I first started taking photos would be Colin Mackay, Matt Holmes, Coops and Brendan Boeck. In Perth especially it was Luke Cridland that really got me hooked. Seeing all of his gear and his knack for picking a spot to shoot from and making it look so good was amazing. You need to shoot more photos Crido. Haha. Another local guy would Jamie Mauri. His ability to ride some of the craziest setups and take sweet photos is a good combo. Current international guys I watch the most would be FoOman. The way he lights his photos is always so sick, either with a flash or not. All round photos and filming would be Peter Adam. His work across the board is epic.

"to keep producing Perth based content is to showcase what we have and get the next generation pumped to go out and explore with their mates."

After putting in such dedication for the last couple years and now becoming projectless – do you have any more ideas brewing for the next one?

Not really sure right now. I think some time back on the bike is needed. I haven’t ridden properly for months because of editing the book and video, working full time, being back at uni and getting married in the middle of it all. I definitely need a few solid skate park sessions to get the blood flowing again.

I’d like to work with a few of the other guys that shoot photos in Perth to keep the content level up, especially if it’s print based. The other reason for me to keep producing Perth based content is to showcase what we have and get the next generation pumped to go out and explore with their mates. Like I said on the inside cover, we don’t get visits very often and prices for parts are a bit higher than the east coast so kids have heaps of reasons to stop riding.

Something for the younger crew would be sick though. Maybe a juniors project? Who knows. My mind is constantly ticking so I’m sure we will come up with something cool.

Second to that would be to get over to a few other east coast cities to meet the shops/crew and take some photos on fresh spots.

How can people get a hold of a copy of the book?
The book will be available at LOCAL BMX in Fremantle, either to buy in person or online. A handful of copies will also be available via the FOCALPOINT store for the east coast guys and I will have some with me to buy direct or through the @marmalade_i insta. It is limited to a total of 50 copies because I’m not made of money so get in quick! 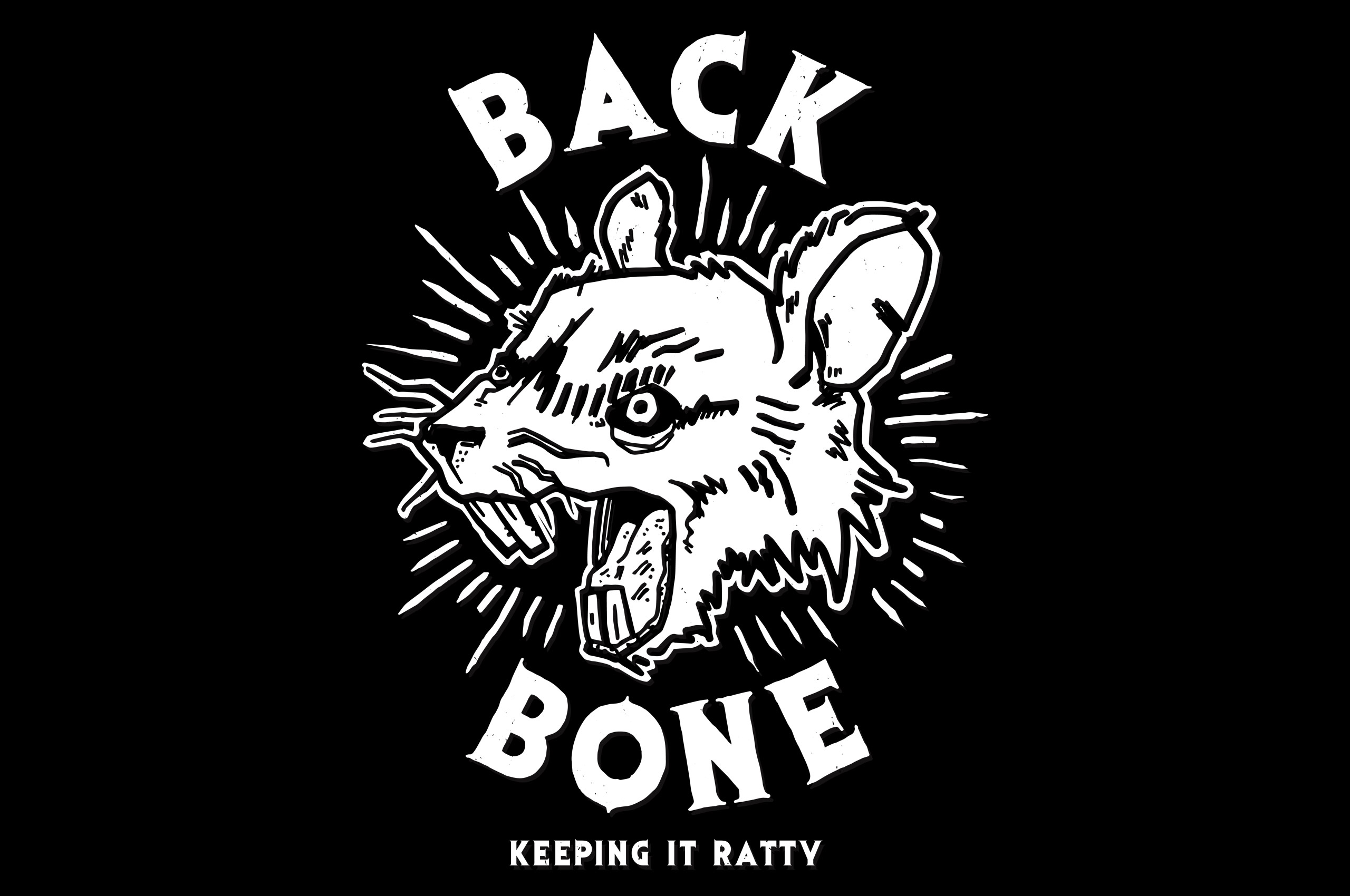